I’ve been expecting the global economy to crash and the USA economy to stagnate, beginning maybe the middle of last year to the end of this year. The systematic problems that caused the 2008/2009 crash were never properly fixed, and the bubbles are being blown up again. 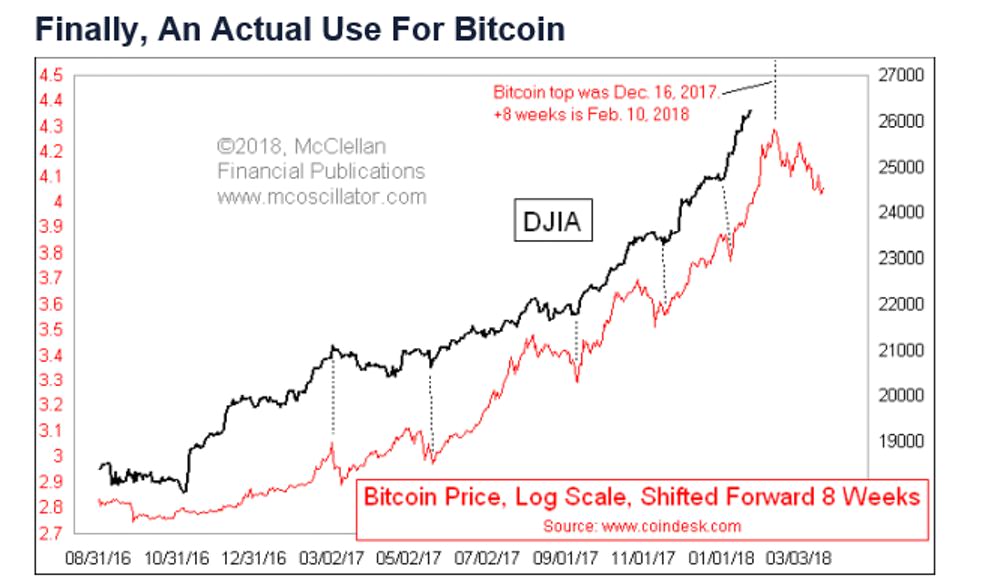 Here is one bit of speculation that puts the decline start pretty soon: Mid-February 2018. If (big IF) BTC is actually a useful leading indicator, look for the amazingly-overvalued DJIA to plummet soon. If on the other hand BTC and all the other cryptos are just a flash in the pan that was going to fizzle anyway, maybe the ongoing bloodbath in cryptocurrency markets won’t mean anything at all: 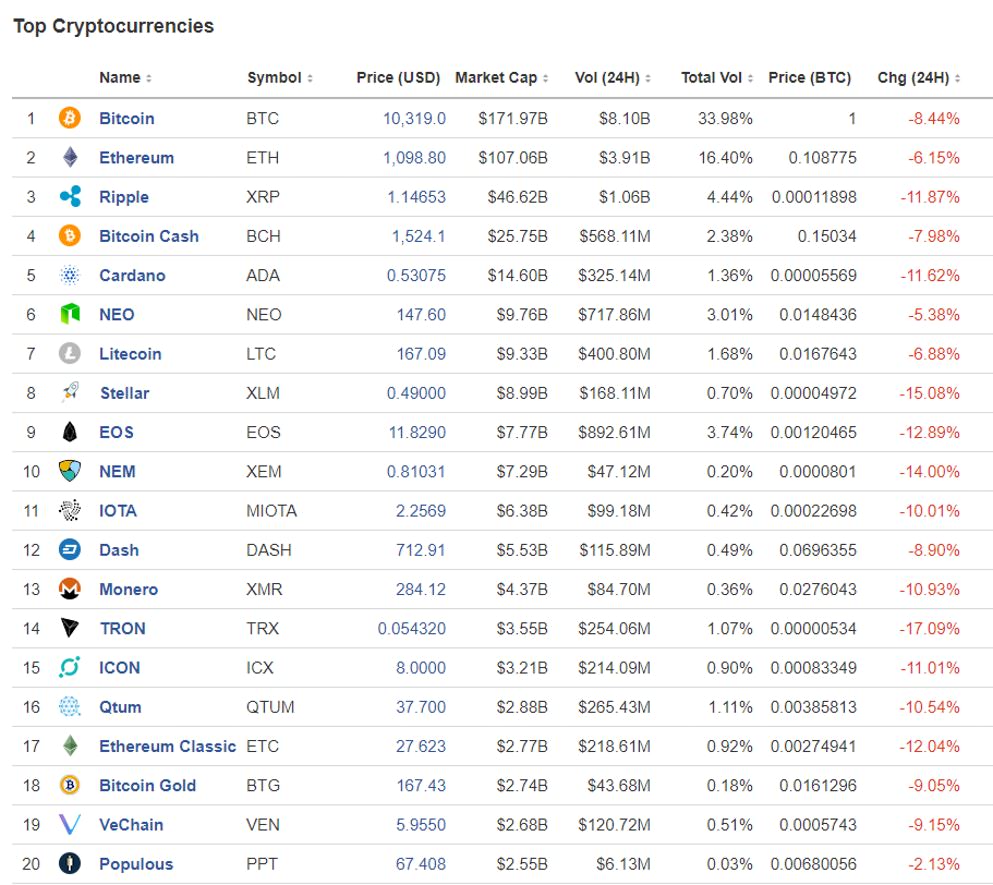 In related news (the relation being upward trends heading downward), depending heavily on whom you ask, we could start to see undeniable global cooling starting around the year 2020. This of course would be greeted with pats on the back from people who made lots of policies that changed nothing . . . but actually it would be related to a natural phenomenon known as the MDO of the GMT, which is predicted by some to begin cooling soon. We’ll see.

He was amusingly anti-Obama and now he is irritatingly anti-Trump . . . but he still calls the economics like he sees it. And right now he sees the Euro zone as a bomb with a lit fuse (but nobody knows how long is the fuse).

Long-time readers will recall that I have said this year or next year would see a global recession/depression. The systemic problems that caused the crash of 2008+ were never fixed and more bubbles were blown, and it looked to me like this would be the year of the popping bubble.

I was expecting a typical politician to be our next President. Things would be done the same-old same-old way, and structural problems would be left untouched again. But here’s this guy now in office, blowing up the paradigm of how a President acts. So allow me to revise my previous prediction: 2017 or 2018 will see a global crash* but the USA might actually escape. Possibly, even with +3%GDP growth or more the whole time. Because Trump. His leadership and example of fearlessness in discourse may be what it takes to right our ship whilst the others all sink.

Be sure to remember you read it here first, when the global depression is blamed (by the global leftist elites and their buddies in the press) on bad ol’ USA and Don Trump in particular, and the systemic problems are still not fixed after this upcoming recession. I hope I’m wrong and that lessons will be properly learned, but that wouldn’t rhyme with history.

*Australia’s housing market, and Canada’s in particular, are not looking great even right now

Every once in a while, I mention something that Michael Shedlock has written about. Sometimes I say you should be reading his blog if you want to stay up on global economic news. Today is an example of both.

Mish crushes it with this explanation of why China’s economy is screwed.

China’s stock markets are crashing. You can’t lose 7% a day for very many days before it’s a bad problem. This is symptomatic of a very bad problem over there. That they have spent half-a-trillion dollars supporting the Yuan against other currencies this last year, is also a bad sign.

I’ve been waiting for a late-2015/mid-2016 global recession or outright depression. This is as good a trigger as any.  Chinese markets could rebound, sure. But there’s no underlying strength in their economy – even less than in the USA’s economy (which is a house of cards, by the way).  There’s nothing really holding up the system besides faith in the system and bluster from the politicians. I’ve thought previous USA stock market dips were the beginning of the next downturn of the Great Recession and been wrong. We’ll see, I guess.

Here we are winding up 2015, and the long-awaited ugly double dip of the global depression (formerly known as the Great Recession) is still a’comin’, right on schedule.  You know what happens when your economy goes in the shitter because you’re beset with structural problems you won’t acknowledge, and then it recovers a little, but you didn’t fix the problems?

The big deal with Greece is they are broke.  German banks have lent them a pile of money so  they can pay off their creditors which are primarily German banks.  The question is how much money Greece will borrow from Germany to pay Germans.  The answer is, as much as Germans are willing to lose.

Because as stated before, Greece is broke.  They couldn’t pay back 46 billion Euro, and they sure as [deleted] can’t pay back 400 billion Euro.  So the German banks are going to lose in the end.  They are trying to get as much interest money from Greece as they can before it leaves the Euro zone.  Which it will.  The only question is, who will be blamed.

The economy in Europe is currently in process of collapse, due to overtaxation, stupid monetary policies, welfare states, work rules, and lots of fascism and socialism spread all around.  The people are not keen on supporting what they recognize is a failing system, even as the governments continue to say it’s all improving.  In order to avoid paying confiscatory tax rates, people, businesses, even $1000+ hotels are asking to be paid in

In response, limits are being placed on the size of transactions which can be conducted in cash.  The latest is France, going from a limit of 3000 to 1000 Euro.

I never really thought about it, but I had a vague feeling that there would be some sinister plot to get people off cash.  Some great deception on the part of world governments.  Maybe scare you into believing it was for your own good.  But I just thought: they’ll cram it down your throat because shut up.  “Less” is never an option for the Statist.  If they see everyone avoiding taxation by using cash, they’ll just ban it eventually.  Because they need the money more than you and are smarter than you when it comes time to spend the money.

You can’t cheat taxes when a computer processes the transaction – so the worldwide fascists in government will mistrust the people they purport to serve so much, eventually cash will be banned in favor of electronic transactions.  And by that time the people may even have become convinced this is necessary, right, and proper.  The minority of elites currently believe that “only criminals use cash” and are fools.

By the time of the Great Tribulation, criminals won’t use cash.  They’ll chop off your right hand, or your head, for the marks embedded in them.  It won’t be more secure, but it will be much more gory.

Mish brings the smart!  This really blew my hair back, and explains a lot.  They say the truth has a certain ring to it – and this rings very LOUD and clear.

“It would be difficult to find a central banker on the planet that is truly competent. By definition, no one competent could even take the job because they would not believe in central bank planning in the first place.” -Michael Shedlock, 2/25/15

…and there are lots of really good ones.  Expect to hear lots of “unexpectedly” on the radio and TV news reports tomorrow explaining that China’s economy just stopped.

…okay it’s not an “all stop” exactly, but what caught my eye is a -41% change in crude oil imports to China.  Also troubling is the -50% drop in iron imports and -62% in coal.  You keep those numbers up for long, pretty soon people start saying “hey, whatever happened to that one country that used to make half of all manufactured goods in the world?”.  The iron and oil are turned into stuff, and the coal is what they use to fire the power plants to make the stuff.  People are buying less stuff from China all over the world (except for the USA), and selling stuff to people all over the world is basically the only thing China does for real GDP growth*

I’m joining with Mish on taking the “under” on the future GDP estimates for China’s economy.  And when that set of less-by-half numbers hits Australia (which depends on Chinese imports of coal and iron ore) you must remember to put “unexpectedly” in the articles about Australia’s economy collapsing fairly quickly, combined with their housing bubble bursting.  China also takes these commodities from Europe, which is also already suffering economically.  The world’s economy, then, is poised for a collapse in 2015 or early 2016 . . . unexpectedly, or right on schedule, depending on which economists you listen to.  No, China isn’t a trigger.  It’s part of the same collapse from the USA’s 2007-2009 housing bubble bursting.  The whole house of cards is going to come down some more, possibly even harder.  NONE of the systemic problems afflicting the world’s economic systems have been fixed, but a lot more money has been blown into bubbles in the last 7 years.

I think what we are seeing here is the dead cat bounce finally coming in for its second landing.

*government-mandated spending on cities that stand unoccupied, paid for with loans in their own currency, actually are a net negative – but they are reported as +GDP numbers so it looks like the country is doing well.  It’s not, and hasn’t been for a while.